I recently came across this quote by John Carmack, that "The spinal cord has about the same number of neural connections as the optic nerve — to your brain, all of your body from the neck down is worth about one eye.".

Yet illustrations in Computer Science textbooks seem to be a second-thought at best. In this post, i'll try to convince you that proper illustrations could help you learn 60,000 times faster.*

90% of information transmitted to the brain is visual

I started looking further into these claims:

Granted, these claims sound bogus, and most likely the result of sloppy research, but the sentiment rings true.

I started doing Mock interviews on Pramp, and the feedback was good. 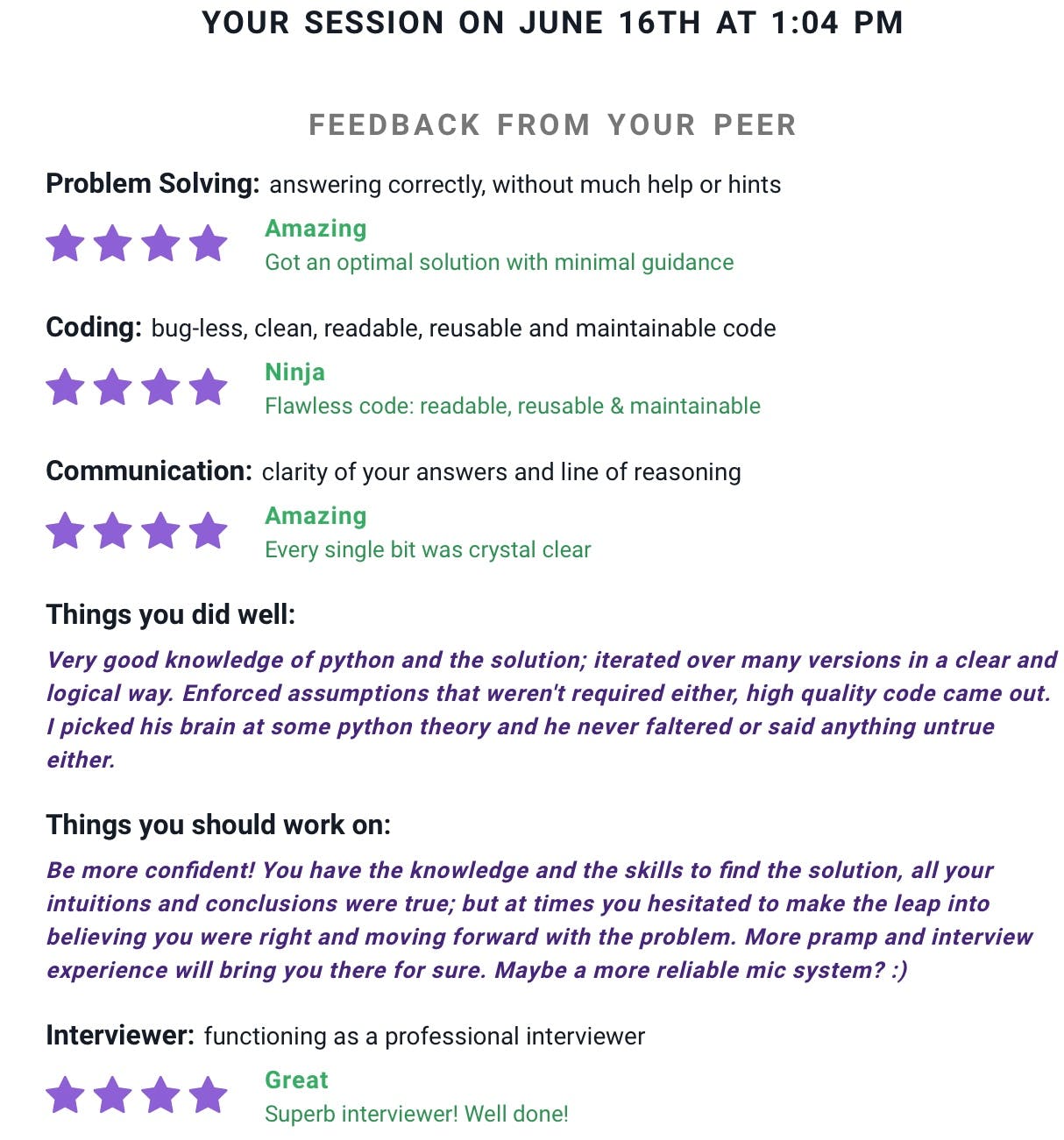 I started taking mock interviews on Leetcode.com and landed somewhere between a Facebook and a Google employee. I then sat back and wondered: can the process be easier?

I re-watched the hundreds of animations and algorithm walkthroughs i'd created using my iPad, and suddenly it dawned on me: yes, it can be made a lot easier.

Step 1/ make it visual. There aren't any proper graphics when you have to learn these concepts, or the graphics are at best a second thought, yet the vast majority of the time, just seeing what the algorithm is doing all that's required to understand it, and remember it. What if everything was beautifully animated, and i really mean everything.

Step 2/ Richard Feynman, one of the greatest physicists of our time, had a method for learning. What if the material followed the same principle, and was tested on regular folks first, revised, simplified, and then retargetted for developers.

A 'hard' problem made easy

Above, we have a 'Hard' leetcode problem: we have free terrain marked as 0s, buildings marked as 1s, and walls marked as 2s. We want to build a new building, which needs to be at the shortest distance from all points.

By creating this illustration, i was able to explain this problem, and its solution to someone with no CS background. I could have given it a shot without the illustration, but it would have been a strange and fuzzy conversation for them at best.

However, with the illustration, they got it. A CS-illiterate person was able to grasp a BFS, and a solution to a 'hard' question asked in FAANG interviews in under 2 minutes.

I am creating an algorithms course, on pythonical.org, and i invite you to take a look. Pythonical is the missing piece that would have sped up my learning dramatically, by gently introducing me to so many beautiful algorithms in an intuitive manner. I hope you'll find it useful.